Aadhavan music to be Launched on August 15 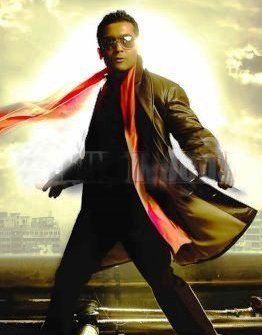 Suriya’s much-anticipated Aadhavan will be launched on August 15, 2009 – India’s Independence Day under the Think Music label. The music of Aadhavan is composed by Harris Jayaraj. Aadhavan will be dubbed in Telugu by producer Udhayanidhi Stalin under the banner of Red Giant Movies.

The story is by N.S. Ramesh Khanna. Cinematography is by Ra. Ganesh, the art director is Rajeevan, editing is by Don Max and stunts are by Kanal Kannan. The film is co-produced by M. Senbagamurthy and R. Arjun Dorai.

Aadhavan is directed by renowned K.S. Ravikumar. Aadhavan is a story of a huge joint family. A rich woman (Saroja Devi) has four sons and her oldest son has a daughter, played by Nayantara. Vadivelu plays her cook. Murali (Malayalam actor) and Rahul Dev, plays the villain role. Also in the cast are Pepsi Vijayan, Ramesh Khanna, Sayaji Shinde, Anand Babu and Manobala.
Suriya plays a servant who wants to take revenge on the household but ends up in becoming the owner.

Entertainment News, NewsAadhavan music to be Launched on August 15