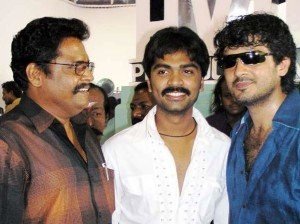 K.S. Ravikumar, who began his journey with Puriyatha Pudhir now is in high fame. Director K.S. Ravikumar who is the busy in Kollywood today With five projects on hand after just completing the schedule of Aadhavan and Jaggubhai

Five projects on hand are:

The Varalaru remake in Hindi with Akshay Kumar

Ravikumar has a movie each with Kamal Haasan and Ajith.

Added to that are two Telugu projects, one with Kick-fame Ravi Teja and the other with new faces in a four-hero subject.

Certainly k.s.Ravikumar is in high and more busy in this year and all these are much hyped film. Certainly you can put money on his films, their will full entertainment till you leave.

I am waiting for this Films to release..