India chase for the number one spot in cricket 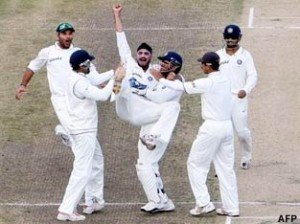 India won their first test series on New Zealand soil in 41 years on Tuesday after rain spoilt their chances of winning the third and final test at the Basin Reserve.

New Zealand were struggling to save the game at 281 for eight after being set an improbable target of 617 when rain came to their rescue after lunch.

By winning their third successive test series since defeating top-ranked Australia in November, India have shown they are ready to stake a claim on the number one ranking.

News, Personal, SportsIndia chase for the number one spot in cricket