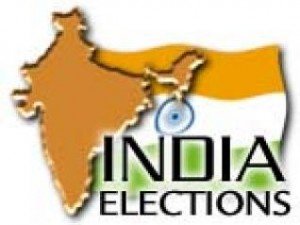 The world’s largest democracy  general elections 2009 have concluded on May 13, 2009. Now Its time for the results.

While there are 714 million eligible electorate at about 828,000 polling stations

The turnout was only about 59 to 60%. This is still a little higher than the previous elections. Political parties already started mudslinging to reach the magic figure of 270 and the two major  parties are unarguably the Indian National Congress which ruled the country for over 4 decades and the Bharatiya Janata Party, the Hindu nationalist party. There is also a third front with

communists and some socialist and regional parties vying for the big seat.it will be interesting to see which party/alliance will emerge the winner of elections in India. Based on several exit poll surveys it is clear that a clear majority of any party is a hard outcome and there is going to be a new trend unfolding in Indian politics.