Kanthaswamy to be release in August is confirmed 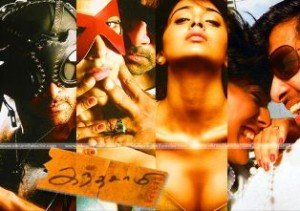 It is confirmed that Kanthaswamy to be release in August. Abirami Ramanathan has taken the City Rights for Rs. 4.5Crores, the same price at which he had floated Sivaji – The Boss.

This is the first time a super hero story has been made in Tamil cinema.  Kandasamy which has Vikram and Shreya in the lead is being produced by Kalaipuli Dhanu and directed by Susi Ganesan. Ekambaram has handled the camera.

According to sources, the film is expected to release on August 7th, and a leading theatre complex has made arrangements to screen at least 30 shows a day! The reason for the film’s delay is because of graphics work which has been finally completed.

Entertainment News, News, PersonalKanthaswamy to be release in August is confirmed