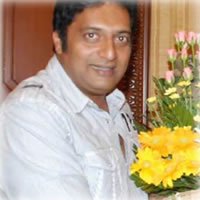 In a glittering ceremony at the Vigyan Bhavan in New Delhi held on October 21st, 2009 the President of India, Shri Pratibha Patil honored the national award winners by handing over the coveted awards. About 55 national awards were announced a few days ago and all of them were distributed on October 21st, 2009. singer Manna Dey was honored with the Dada Saheb Phalke award. Prakash Raj takes home the best actor award for his role in ‘Kanchivaram’. Prakash Raj gets the prestigious award for the second time, the first being for his role in Iruvar in a supporting role.

The winner of the best actor award, Prakash Raj, was present in person to receive the same. Producer Shailendra Singh and director Priyadarshan jointly received the award for the best film, Kanchivaram. The Kannada actress Uma Shree was honored with the best actress award.