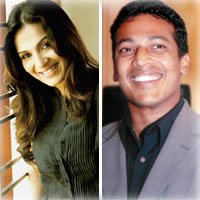 Soundarya Rajinikanth’s Ocher Studios and tennis player Mahesh Bhupathi’s Globosport has entered into a joint venture agreement to focus on the untapped potential and a relatively new concept to the South Indian cinema. The awards will be a tribute to the achievements of South Indian film artistes and technicians working on and off the screen.

According to Mahesh Bhupathi: It is great to be involved with the South that is often considered to be the Mecca of Indian cinema.

Soundarya was said that The South can boast of some of the biggest talents in the Indian Film Industry. Recognizing talent is as important as sustaining it. I am very excited about our association with Mahesh Bhupathi and this Joint Venture.