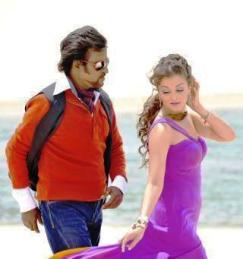 The much-awaited Tamil movie, Endhiran, which is also being simultaneously released in Hindi and Telugu as Robot, is now set to hit screens across the world on September 24th 2010. Endhiran Is costliest movie ever made inan Indian language, the film is releasing with a big bang with 3,000 prints in all three languages, a new record for an Indian film.
Endhiran movie has Superstar Rajnikant and Aishwarya Rai in the lead. Shankar has directed the movie, the music has been scored by Oscar winner, A R Rahman. Sun Pictures, the film production arm of Sun TV Network, has produced Endhiran.