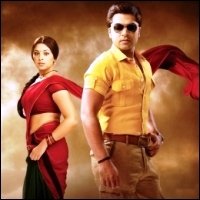 Osthi is the remake of the Hindi smash hit Dabangg. Dhanush has teamed up with his brother Selvaraghavan after a long time and this has created a curiosity over Mayakkam Enna

Though Dhanush and Silambarasan are not in for a head-on clash but it seems like who will win the race. Initially both the films were expected to clash at the box office but later it was said that they will release on different weekends.

As the stage comes closer let see the response at the box office.