IPL 5 will have Prabhu Deva, Salman Khan and Priyanka Chopra to open the ceremony 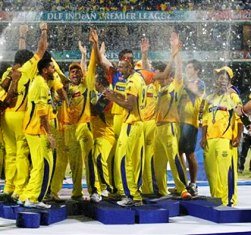 This year the opening ceremony of the IPL 5 is a gala event with the biggest stars from the country performing for the fans.

Prabhu Deva dance will be the grand finale of the show. If this was not enough of a treat, Salman Khan and Priyanka Chopra will be performing with him.

Prabhu Deva is practising his moves and will be dancing for some of the biggest hits in his career. Amitabh Bachchan will be hosting this memorable show. IPL 5 could not ask for a bigger or better start to this season.

This year is going to be special as none other than Prabhu Deva, India’s answer to Michael Jackson will be performing at the opening ceremony to be held on April 3rd at the YMCA grounds in Chennai.