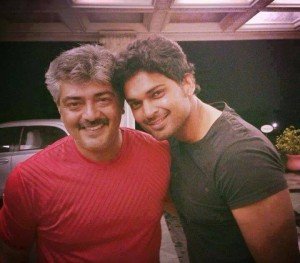 Ajith signs up with Gautham Menon

For this movie, Ajith Kumar will have a never-seen-before look. This mega-budget film will be produced by Sri Sathya Sai films.

This Tamil movie will take off in 2014. The delay is due to the actor’s impending surgery has forced the makers of the movie to delay the project.

Gautham Menon is reportedly giving final touches to the script and finalizing the cast and crew soon meantime.

For the Thala fans, the forthcoming movie will be a complete mass entertainer with Gautham and Ajith signature style over it.