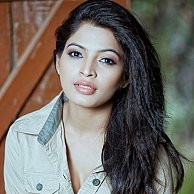 After the successful movie Pizza the next turn will be Pizza 2. Yes this movie is in the making already making a good progress this year. The movie is not only about the thriller but also has some amazing twist in the end.

According to the View of Sanchita Shetty, Soodhu Kavvum’s ‘Dream Girl’ Sanchita Shetty is busy shooting for Pizza 2. she’s supposedly afraid of the dark. This creeped out the actress and made her slightly uncomfortable due to this. Sanchita says that the scariest part of the film will be the interval block that’s guaranteed to throw people off from their seats. she feels excited about being part of the Pizza