President Pranab Mukherjee revoked the order issued on February 16, 2014 under article 239AB of the Constitution imposing central rule in Delhi to pave the way for installation of an elected government. on Yesterday night President Pranab Mukherjee appointed Arvind Kejriwal as chief minister of Delhi along with six cabinet ministers with effect from the date he is sworn in.

In the recently held Delhi assembly elections, Kejriwal’s Aam Aadmi Party (AAP) scored a historic victory sweeping 67 of the 70 seats.Kejriwal is set to take oath as chief minister along with his cabinet colleagues today at Ramlila Maidan. This will be his second term as Delhi chief minister after he resigned last February 2014. 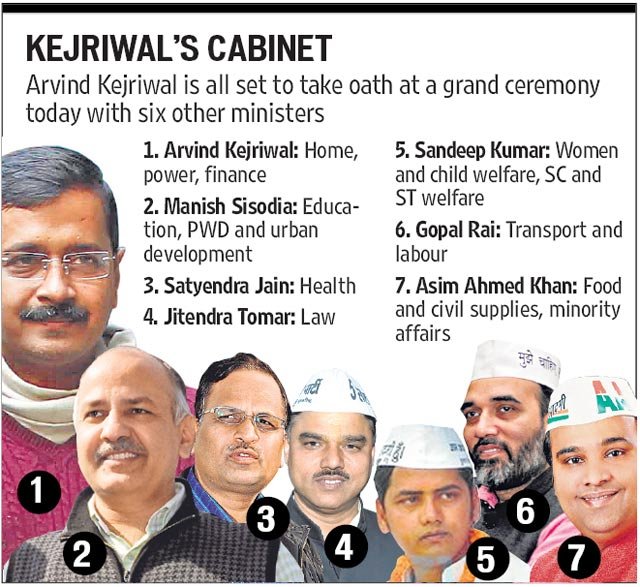