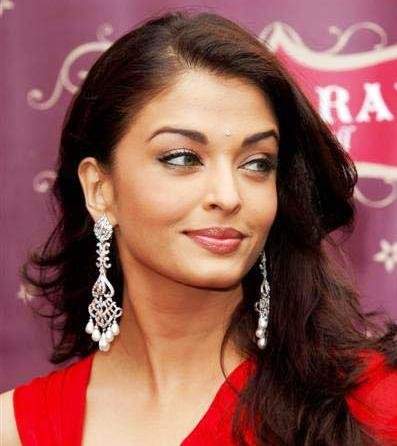 Aishwarya Rai, a regular at the Cannes Film Festival red carpet is going beyond her glitz and glamour tag. She is beginning to reinvent herself on the global scene as an activist for social and humanitarian causes.
The Bollywood diva will, alongside Queen Noor of Jordan, address a press conference on May 14 at Hotel Martinez here to announce the third edition of the International Tribunes Cinema Verite event that will take place in Geneva (Oct 6 to 8) and Paris (Oct 9-10) later this year.
Cinema Verite is a special film event dedicated to films and social actions that promote human rights and the eight Millennium Development Goals adopted by the United Nations.
The Cinema Verite event, hosted by the Cinema Verite Institute, has in past years seen the participation of Hollywood actors like Susan Sarandon, Meg Ryan, Ellen Birkin and Sharon Stone. Aishwarya will be the first non-Hollywood actress to lend her name to the cause.
Her husband, Abhishek Bachchan, who is here to attend the opening ceremony of the 62nd Cannes Film festival, will also be present at the press meet.
This year’s Cinema Verite event will include a special focus on India with the screening of Ram Gopal Varma’s Sarkar Raj. The 73-minute-film was shot over a period of two years and followed Vandana as she, among other things, supervised work on her organic farm at the foot of the Himalayas, took on American biotech giant Monsanto and fought alongside the Dalit villagers of Kerala to try and close down a Coca-Cola plant.