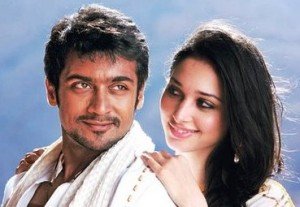 The music of the film is composed by Harris Jayaraj. And it is Produced by AVM, Ayan is the directorial venture of cinematographer K.V. Anand. Following Vaaranam Aayiram’s success, surya’s fans and audiences expectations are high. Ayan, with its right mix of action and romance. it will also fulfil the fans’ expectations. Tamannah is Suriya’s heroine in Ayan. The songs are absolutely impressive.