Ilayathalapathy Vijay’s next movie Vettaikaran.Is that exciting for Vijay fans? 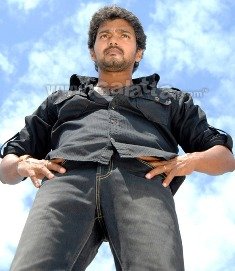 Villu-Which is used to be a normal film hit. Now vijay to be act in “Vettaikaran” under the AVM Banner.

Vettaikaran is the first project under the AVM banner where vijay play a lead role. this films is directed by Debutant Babu Sivan, who worked with Dharani in gilli. The Music is scored by Vijay Antony who storm the kollywood by “nakka mokka” song. Anushka  will do the female lead role.

This unit plans to begins their shooting on next month.. They also plan to release this movie in Deepavali 2009.