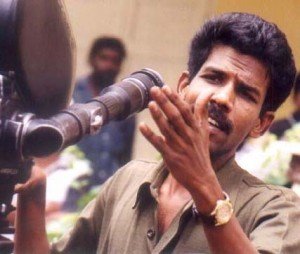 Naan Kadavul the life of aghori saadhus has earned director Bala wide recognition for the plot and the diverse array of characters. Reviews praised the realistic protrayal of Rudra, the lead aghori sadhu in the film, while some termed it “too realistic, disturbing…”

Director Bala was quite sure regarding his product and his optimism certainly paid off. But all the criticism melted away later and the film’s popularity grew with public support. Now Bala is recieving tons and tons of praise.
Hearing the word-of-mouth views, people started arriving in droves at theatres to view the exceptional story and its close-to-life characterizations.
Absorbing all the appreciation and recognition, Bala has geared up for his next film which will not be like his earlier projects Nanda, Pithamagan and Naan Kadavul. Industry grapevine says that it will be a full-length comedy and discussions are already underway.