Ilayathalapathy Vijay- the darling of the young and the old. His one wave of the hand is enough to send the public into a cheering and screaming frenzy. 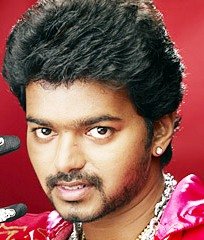 After successfully making an impression as a mass hero, Vijay has now instilled the confidence in audiences’ minds that he will also be a good leader. Today, the launch of his political party is talked about along with news about his next release Vettaikkaaran. With a view to use his wide-spread popularity for the greater good, Vijay converted all his fan clubs into service organisations. Today it is said that there are sixty thousand fan clubs functioning exclusively for Vijay. Fan frenzies range from pouring milk and honey on his cut-outs to organising health camps and offering donations. This year talks about his political party are sizzling. Last year, he released a flag for his fan clubs….