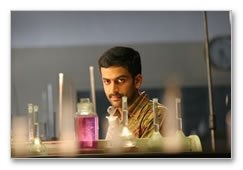 The film stars Prithviraj, Sakthi, Priyamani, Karthik, and Vishnupriyan in lead roles, with K. Bhagyaraj enacting a vital role. Vijay Antony has composed the music, while Balasubramaniam has captured the flick with his camera.

This Movie is a remake of Malayalam movie Classmates. Kamal Hassan launched the first copy with actor K. Bhagyaraj.

Recently, during the music launch of Ninaithale Inikkum at Satyam Cinemas in Chennai, music director Vijay Antony was elated to find superstar Kamal Hassan at the event.

superstar Kamal Hassan while speaking to the media on this occasion, has said, The song Naaka Mukka is my favorite song as I get to hear it over a number of times in a day.