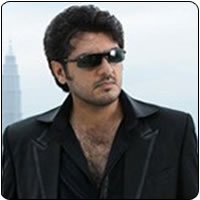 Now the latest news is that Vishnuvardhan is all set to partner again with Ajith for the sequel on Billa. Sources confirm that Vishnu is ready with the script and is waiting for confirmation of dates from Ajith.

It is confirmed that the shooting of Billa 2 will commence from early 2011. Whether Ajith will start Billa 2 after his next with Venkat Prabhu is still not known. We will have more news on this soon.

Director Vishnuvardhan’s association with Ajith in Billa proved out to be highly successful in 2007. Billa proved to be a landmark movie in Tamil cinema for its stylish looks and action sequences.

Entertainment News, News, PersonalVishnuvardhan and Ajith to team up to work in Billa 2 (2011)