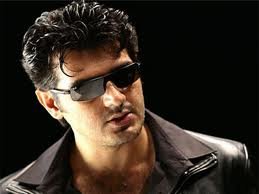 Ajith Finished Mankatha and to start Billa-2. Now awaiting the release of his much-awaited don story ‘Mankatha’ directed by Venkat Prabhu. In this film Ajith sporting the salt and pepper a la George Clooney look. Mankatha soon going to see that light of day our ‘Thala’

Billa 2 as many would already be aware, will be more like a prequel of Billa which will throw light upon how a normal guy. This movie has more expectations among fans than usual thala flicks as Ajith will been seen as 20 year old college student a younger Ajith through this movie..

The director of this film, Chakri Toleti, will use an EPIC camera for filming. Billa 2 is now the first ever Indian cinema to be shot using an EPIC camera.  EPIC Camera that was used by James Cameron to film Avatar 2.

Chakri Toleti went on a trip to Hyderabad, where he had gone location hunting for this film. Yuvan Shankar Raja will score the tunes for this flick.