Ajith’s Billa 2 all set to start 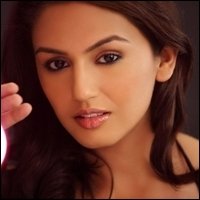 The lady of Billa-2, who will romance Ajith has been officially announced. New face Huma Qureshi now lives in Mumbai and has appeared in several TV commercials of which her ad with Aamir Khan for Samsung mobiles and with Shah Rukh Khan.

Ajith is right now busy with Mankatha and will start on Billa 2. The director Chakri Toleti said that the role of the heroine is highly demanded and he is doubly sure that Huma can pull it off.

Yuvan Shankar Raja who will be doing the music and Hemant Chaturvedi, who will be the director of photography.

The story will be about how David became the dreaded don Billa. IN Entertainment (INE), part of Hinduja Group is also backing this Ajith starrer along with Wide Angle Creations led by Suresh Balaje and George Pius.