Is Dhanush’s Mapillai Hit or flop? 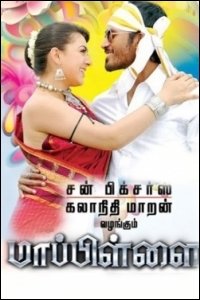 The remake of Rajnikanth’s yester year hit of the same name and his real life son-in-law plays the role essayed by the superstar himself. Mapillai adheres mostly to the original premise but Suraj has added a few and deleted some portions from the old to suit to the current times.

Vivek as the ardent Namitha fan with coiffured hair attempts at comedy but annoys for the most parts with his accent and logorrhoea. Mapillai suffers from weak characterization especially of its lead character Manisha Koirala. Manisha as Rajeshwari provides a frail foil to the effervescent Dhanush and this evinces an indifferent reaction from the audience.

Hansika makes her debut and the girl looks plump and cute and excels in midriff exposition. The costume designer has done a good job. Mapillai opens up with the comedy track of Vivek, Sathyan, Balaji and cell Murugan and its lengthiness tires.