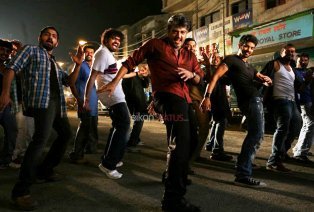 Mankatha is all set to grace theatres on August 31, 2011. Producer Dhayanidhi Alagiri had already said that today’s newspapers will carry the Mankatha ad with the date of release as August 31st, 2011.
Just three days to go, this has created a sort of confusion among Ajith fans. It’s really getting bigger and bigger for Mankatha. The theatrical rights of this Ajith starrer went to Radhika’s Radaan Media Works and they have managed to sell the film in all areas at a very good price.Mankatha promises big attraction
Entertainment News, NewsMankatha - Ajith's 50th film release promises big attraction