Actor Ajith Next with Director Vishnuvardhan

Producer AM Rathnam announced that Vishnuvardhan will be making a film with Ajith.

The film will also have Arya and Nayanthara in the lead roles. This movie will be a comeback film for Nayan in Kollywood. Arya is excited about teaming up with his friend, Ajith and Nayan. 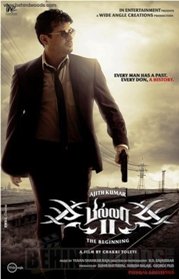 Director Vishnuvardhan has plans to complete the shooting of this film in 100 days. Yuvan Shankar Raja is scoring the music for this film.