Jayam Ravi’s Boologam to have Nayantara 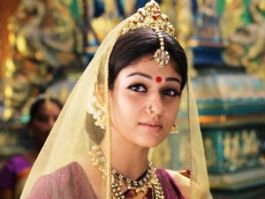 Jayam Ravi’s Boologam to have Nayantara as heroine. Boologam movie is produced by Aascar Ravichandran in which Jayam Ravi will be seen in the role of a boxer. Nayantara in all probability, will be in Boologam. Director believed that the Malayalee girl liked the script and she is highly likely to give green signal for the Tamil project.

It is certainly sure that after her comeback to films, Nayantara is being flooded with offers. Filmmakers are queuing her up to rope in for their movies. After being approached to play the female lead for the films of Ajith Kumar, Silambarasan, Gopichand and Rana Daggubatti and now Jayam Ravi’s Boologam, Nayantara is in sky high.