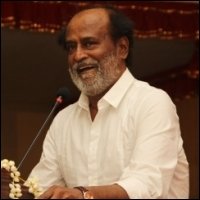 India’s highest paid actor for any one film is none other than Rajinikanth. Stars like Shah Rukh Khan, Aamir Khan, Akshay Kumar and Salman follow closely. Superstar clearly is the star who shines brightest.

Bollywood stars make full use of their star power to deliver super hits and many like Shah Rukh Khan, Aamir Khan, Salman Khan.

There is no business like show business and stars make insane amounts of money.

Superstar saying that Rana is sure to happen after Kochadaiyaan lays to rest many rumors that Kochadaiyaaan is in fact a reworked version of the original Rana script.

Rajinikanth saying that Kochadiayaan will release only after Diwali