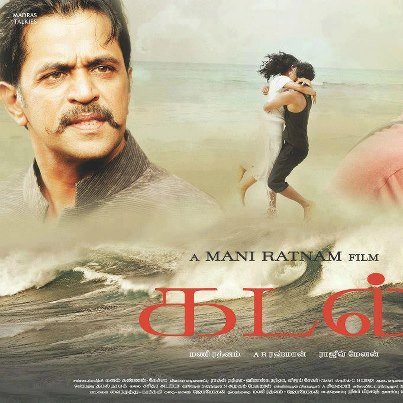 Kadal is the upcoming Mani Ratnam film that has been causing waves of expectation over the audience. Kadal is a tamil movie, it is a romantic movie which will be directed by Ace director Mani Ratnam. This film has big names like AR Rahman, Rajiv Menon and Mani Ratnam himself.

The movie has Karthik’s son Gautham as hero will make his debut in this film while Thulasi Nair, daughter of Radha, will play the female lead. It set in the coastal regions of Rameshwaram.

The music and background score for the film is done by A. R. Rahman

Hope the movie will become Hit.