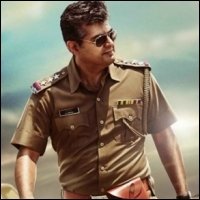 Taapsee had said that on Ajith’s movie name Valai is just the temporary title. Ajith – Vishnuvardhan film continues to be a tightly kept secret and none from the production side of the movie is willing to divulge.

The word Valai isn’t new to fans as this title has been doing the rounds for quite a few months now. The ajith fans now are eagerly waiting for the official confirmation on the new ajith movie Valai.