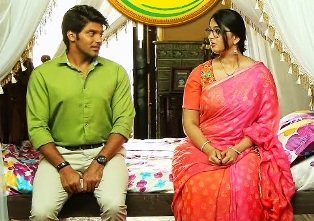 The Most awaiting movie Inji Iduppazhagi starring Anushka and Arya has come up with a good teaser today, August 31. With a number of elements loaded in this 34 seconds teaser. Prakash Kovelamudi directs this bilingual entertainer while Nirav Shah works for the department of photography.

The accordion BGM in the teaser is instantaneously catchy and may drive you to revisit the teaser multiple times. The audio for this film composed by MM Keeravani, which has been announced to release on September 6.