Michael Jackson- A Tribute to the Music world, died in Los Angeles, aged 50 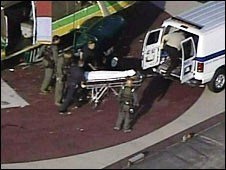 Pop star Michael Jackson has died in Los Angeles, aged 50.  Paramedics were called to the singer’s Beverly Hills home at about midday on Thursday after he stopped breathing.  He was pronounced dead two hours later at the UCLA medical centre. Jackson’s brother, Jermaine, said he was believed to have suffered a cardiac arrest.  Jackson, who had a history of health problems, had been due to stage a series of comeback concerts in the UK on 13 July.  Speaking on behalf of the Jackson family, Jermaine said doctors had tried to resuscitate the star for more than an hour without success.  The family request that the media please respect our privacy during this tough time.

“For Michael to be taken away from us so suddenly at such a young age, I just don’t have the words,” said Quincy Jones, who produced Thriller, Bad and Off The Wall.

Surley Michael Jackson Death can’t be believed by his fans and they Want him Back.

Michael Jackson- A Tribute to the Music world: 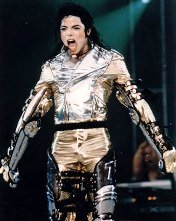 Also known as: The King of Pop, Wacko Jacko

Biggest hits: I Want You Back, Don’t Stop Til You Get Enough, Billie Jean, Bad, Black or White, Earth Song

Jackson began his career as a child in family group The Jackson 5. He then went on to achieve global fame as a solo artist with smash hits such as Billie Jean and Bad.

Thriller, released in 1982, is the biggest-selling album of all time, shifting 65m copies, according to the Guinness Book of World Records.

He scored seven UK number ones as a solo artist and won a total of 13 Grammy awards.