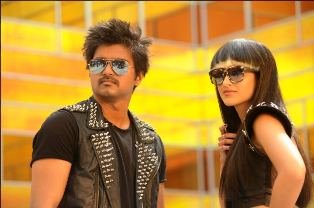 The film Nanban is produced by Gemini Film circuit. Nanban is the upcoming tamil movie directed by S.Shankar. This movie has Vijay, Jeeva, Srikanth, Ileana and Sathyaraj in the main roles.

Nanban team almost finished the films with only few scene to be taken with Vijay, Jiiva and Ileana Once the shooting is over Director Shankar is planning to post production works.

Shankar has modified the script to suit Tamil sensibilities, so those who have already seen 3 Idiots will find a few surprises. The music director for the film Nanban is Haris Jayaraj and Na Muthumumar is writing the lyrics for the film. Antony is the editor and Manoj Paramahamsa is the Cinematorapher