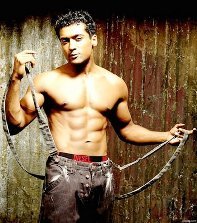 Surya 7aum Arivu is gearing up for an audio release on September 22 in chennai, The album consists of six songs. For this film Surya underwent a special training in martial arts for his role of a 14th century Buddhist monk in the film. Shruti Hassan has paired up Surya in 7 Aum Arivu. Whereas, Hollywood artist Johnny Tri Nguyen will donning the role of baddie in upcoming Tamil movie. The movie is produced by Udhayanidhi Stalin on the banner Red Giant Movies.

Regarding the Music Harris Jayaraj done a great Job including a Chinese track, sung by Chinese singer Hau.